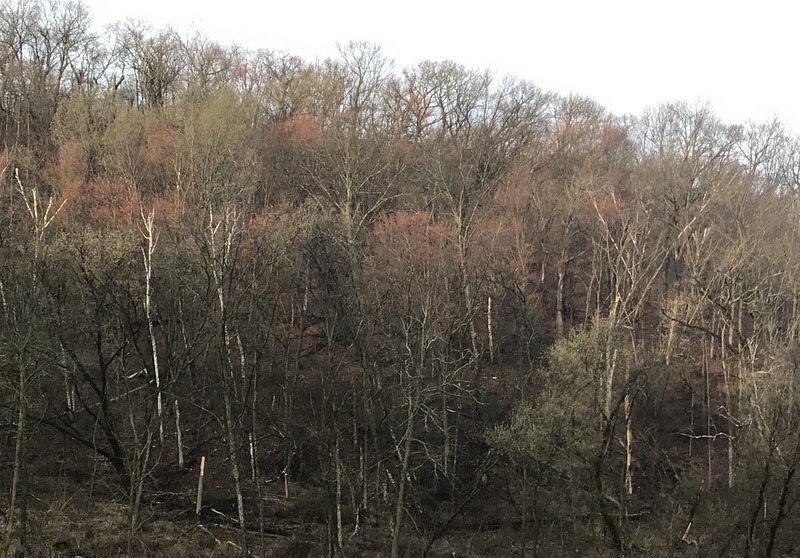 I’ve just finished participating in a day-long symposium on Suffering and Caring: Perspectives from Medicine, Philosophy, and Zen, held at the University of San Francisco. I was the Zen representative, working with two philosophers and a physician and an audience primarily of USF students. Over the course of preparing for the symposium, the meaning of some core words played an increasingly interesting role in the discussion. With this blog, I want to discuss how those meanings sounded to me as a Zen teacher and chaplain.

Two of the contributions were made by Geoff Ashton, a philosophy professor at USF. He first told me of the direct linguistic relationship between “gravity” and “grief,” both of them stemming from “gravis,” a Latin word for “heavy.” And it makes sense that they are related. For example, we have the phrase “with a heavy heart” as one way to express sadness. The phrase now is mostly used in a metaphorical sense but we would have once been more familiar with grief as a visceral sensation of weight in the body.

I know this because I was with my mother when she died and I can still feel the sensations of just sitting silently at her bedside for the thirty minutes before my sister arrived in the room. I felt drained of all thought. Every part of me sagged, felt pulled toward the floor. Draining and sagging are gravity at work. Gravity and grief as one.

We will circle back to the role of gravity in learning to face suffering, but for the moment I want to flag gravity’s core significance in our style of Zen training. The focus of the work of zazen (Zen meditation) is learning to lengthen one’s exhalations. In order for that to happen, numerous muscles throughout the body need to “wake up” and to relax. For muscle tissue to wake up, it needs to feel the pull of gravity.

That process of feeling the work of gravity throughout the body takes a great deal of time because of the ways in which we identify with our habits. For the most part we are not aware that the ways we hold our body in the gravitational field is all based on neuromuscular habit. This means that literally we don’t feel gravity in the majority of the muscles in our bodies. At least we don’t feel that gravity until we are struck by grief, or we train intensely in Zen.

The second contribution from Geoff was a new look at the meaning of “duhkha,” the Sanskrit word usually translated as “suffering” and a core concept in all forms of Buddhism. One common derivation of the original meaning of duhkha is “having a bad axle hole.” This refers to the effect of an off-center hole in one of the wheels that holds the axle for a two-wheeled cart. As you might imagine, if you were in that cart you would have an uncomfortable ride. You would suffer.

But Geoff, as a Buddhist scholar with significant learning in Sanskrit, pointed to another derivation of the meaning of “duhkha.” The Sanskrit dictionary compiled by the Oxford scholar Monier Monier-Williams, states that the word “duhkha” was originally formed from “dus,” meaning “bad,” and “stha,” meaning “to stand.” Thus, a root meaning of duhkha can be expressed as “bad posture,” with the resulting discomfort being the visceral basis for suffering.

The final core word that was discussed during the symposium was again this “suffering.” For Tom Cavanaugh, also a philosophy professor at USF, the significance of suffering lies in its Latin roots. The two parts are the Latin “sub,” meaning “under,” and “ferre,” meaning “to carry” or “to bear.” His translation becomes “be under what one carries.” For example, one can carry a heavy bucket of sand in your hand but one would not be “under” that load. You would not be suffering in the sense that the Latin root words present. But place that same bucket on your head or your shoulder and now you are under that load.

His illustration for this derivation of “suffering” is an early painting by Vincent van Gogh called “Miners’ Wives, Carrying Sacks of Coal.” The women are bent over by their loads, some of them almost bent over ninety degrees, as they trudge through the snow. For Tom, this is what one form of suffering looks like. You bear something – physical, emotional, spiritual – and you walk on.

It strikes me, however, that there are people who are “under what they carry” but without any appearance of suffering. For example, imagine a sailor home from the sea, leaving his ship with his heavy seabag on his shoulder and a smile on his face. Or one of the women who have learned to carry a heavy load – a basket of fruit or a vase full of water – balanced on her head, walking with grace over a long distance. Why does such a sailor, such a woman, not personify suffering?

The answer clearly lies clearly in how the weight of that load is being transferred through their bodies to the ground. One can of course let their body sag under the weight, but there is also the opportunity to somehow redirect that weight, to push up, push skyward. Paradoxically perhaps, this seems to lighten the load, most likely because the body comes into better alignment and more of the weight passes through to the ground without being “held” by muscles in-between.

We seem to have some kind of instinct for this pushing up. I first noticed it in my training in zazen (Zen meditation) as I worked endlessly with my breath and posture to find the “right” position. Finally it came to me that if I directed my exhalation down – not literally breathing toward the ground but feeling the sensation of exhaling going down through my torso and abdomen – my back, neck and head seemed to naturally straighten and push toward the ceiling. It felt like working a hydraulic car jack. The jack takes the downward pressure of your hand on the lever and transfers it into the upward pressure needed to raise the car. As a result, the zazen seemed to come alive.

To go back to the meaning of duhkha – bad posture – notice how that suffering can benefit any of us if we use that weight to teach us the breath and the posture needed to carry that weight with less suffering. Another paradox then: suffering helps us to end suffering.

This phenomenon – this standing up against the weight of suffering is significant to me for two reasons. One reason is the one just mentioned about learning a more effective form of zazen. As you learn to push up from the hips, through the back and the neck, with the crown of the head then pushing toward the ceiling, your senses become more open and your exhalations become longer. If you instead simply sit there like a rock – all gravity and no countering lift – your thoughts rather than your breath will dominate the experience and your zazen never comes alive.

The second reason is a more public one. For many people whose work is to alleviate the suffering of others – whether physical, emotional, or spiritual – one of the toughest skills is to learn how to face that suffering without it becoming a burden of your own. For example, you might be someone who works to ease the suffering of a woman not unlike the miner’s wife that van Gogh painted. If you become bent over with the weight of her burden – coal or sadness – then all of my experience as a hospital chaplain suggests that you won’t be of much help to her.

Instead, whatever words might be spoken with that woman, I would want to also be showing her what’s possible in her own body. I can show her what it means to let the weight of that load – physical, emotional, spiritual – flow through me as efficiently as possible. Just enough use of muscle and bone to hold that weight, but no more than necessary. And a use of breath that drives the countering lift.